Before I share my thoughts about this chapter, I wanted to say that my heart is with those in Charlottesville, Virginia. And I pray that God’s love and mercy extinguish the flames of hate and fear throughout our country. I denounce the words and actions of white supremacy and racism that were on display this weekend. We are a broken people of a brokenhearted God.

Paul continues his letter to the Gentiles about circumcision. This is a topic that permeates through most of his letters. There were groups of Jewish Christians who insisted that Gentiles must get circumcised in order to be truly saved (which was no small task), and Paul, again and again, refutes this.

What stood out to me the most in this chapter was how Paul makes the case that on paper, he’s pretty much perfect. He was a Pharisee. He was a Hebrew of Hebrews. Circumcised. Legalistically Righteous (following the letter of the law).

And yet, he would throw it all away, consider it rubbish, to chase after Jesus. Because the words on his resume are finite. Jesus is eternal.

The same could be said about us. We strive and pursue and pull up by our bootstraps and achieve. There is so much importance on the outer perceptions of our world, just like back then. But Christ is so much more interested in the inward – the putting to death of our old self to be renewed in him.

It’s easy to put to death my brokenness and my sin, but would I put to death my competence? Not just use my gifts for God, but consider those gifts temporary and finite. Those gifts, my abilities are not going to save me. Only Christ’s sacrifice on the cross and his victory over death save me in the end.

This year, I’ve been working on my people pleasing attitude. It is almost an addiction to receive attention, respect, admiration, and acceptance from others. And I have freely given my time and energy and abilities in the hope that I will receive these things from others that I so desperately desire. Would I consider these things I’ve been addicted to for so long rubbish in comparison the Jesus Christ?

Paul makes it clear that those who are focused on these earthly things are on a path to destruction. But we are destined for so much more in Christ. We will be transformed into his likeness. We can leave the past behind (even the accolades and good stuff) and strain towards the future with God. And through that vision of what is to come, we can see the reality of what is today. This world is not our home.

Paul even admitted, for all the knowledge he had obtained in his lifetime, he still didn’t have it all figured out. He was continually growing and maturing upon the foundation that Christ had built. And he encouraged the church in Philippi to do the same. Never give up. Keep the faith and keep going. 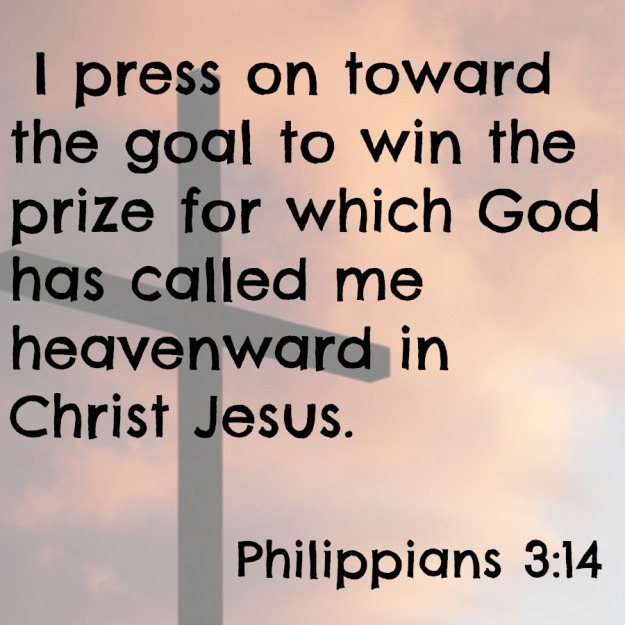