So, if you follow me on Instagram, you know that we celebrated our pup’s birthday on Monday.  He has been a part of our family for almost a year, and it has been so wonderful to watch him grow and learn. 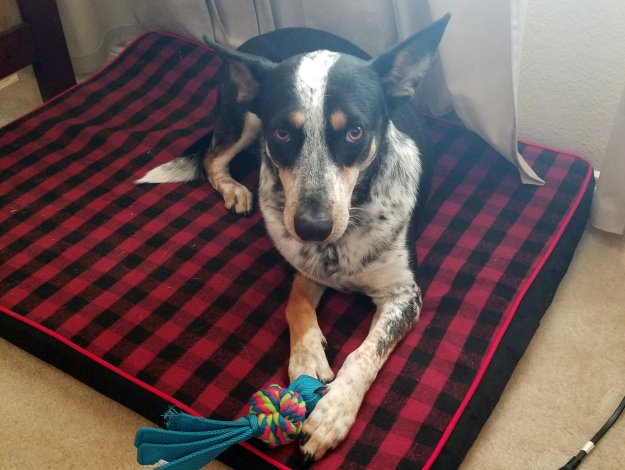 We adopted Teddy from the SPCA.  He was in a group of dogs who came from a hoarding situation, meaning that the owner had too many dogs to be able to care for all of them.  He was unsure of a lot of human social interaction but was very comfortable around other dogs.  He knows the rules of play with dogs, but the rules when interacting with humans were completely foreign.

Over the last year, he has learned so much.  We have game nights at our house that are so helpful with Teddy meeting and interacting with new people.  He has learned, for the most part, to calm down when coming in from outside.  I mean, he’s still only two and a puppy for the most part.

For our dogs’ birthdays, we have a tradition of taking them to Petco (not sponsored) and letting them walk around the store.  They get to sniff all the toys and go home with a toy and treat.  This was the first time Michael and I can remember actually taking Teddy to a store like this, so I was interested to see how this would play out. 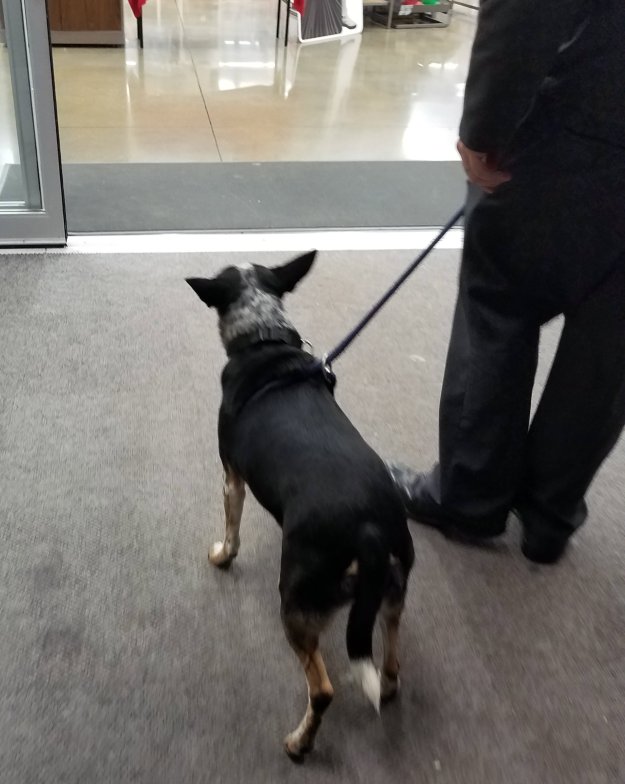 He was a bit unsure, with his tail tucked and his back legs shaking.  There were so many sights and smells and sounds.  We decided to take him closer to the end of the day when the store wouldn’t be as crowded.  I think the experience overwhelmed him at first, but gradually he seemed to adjust.

We walked around the store a few times.  But my favorite part was when two of the employees got down to approach him.  He went right up to them and let them pet him.  It was an amazing moment, that I, of course, forgot to take a picture because I was part of the interaction.  I wanted to be in the moment for him in case he was unsure.  But he was actually braver during those interactions than he was just walking through the store, itself!

Later this month, he will go to the vet for the second time since he has been a part of our family so he will have more opportunities to interact in unfamiliar settings.  I’m so proud of our pup, and I look forward to seeing how much he will grow and learn this year!

So, this week we celebrated this precious pup.

She is eleven years old!  Can you believe it?  She was my Christmas present nine years ago.  We went to a local humane society to adopt her.  Michael paid the adoption fee as my gift, and this was before he proposed!  That guy knew the way to my heart!

So every year, on our pup’s birthday, we take her to Petco to pick out a toy and get a treat.  It includes most of her favorite things – a walk, car ride, toy, and cookie.  Of course her other favorite thing is to snuggle, which we did the rest of the evening.  Here’s our trip to Petco!

All ready to go!

Sniffing around before we go into the store.

Looking at all the toys.  She especially likes the squeaky ones.

Headed home with our choice.  I know this toy won’t last long, but she just got a new kong toy for Christmas from my parents, so we didn’t spend big money on this trip.

The cashier asked to give her the cookie.  At Petco, the dogs can get one free cookie from the front bins.  Jerzee ate it pretty quickly.  We had a great time!  I love celebrating this amazingly sweet and adorable dog!

Do you celebrate your pet’s birthdays or adoption days?

Do you have any traditions with your pets?