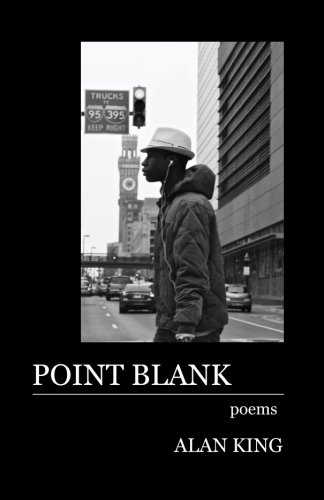 I was given this book by the poet author, Alan King, to review. I think these kinds of poems are timely and needed at this moment in our history. King invites his readers into his life in such a vulnerable and authentic way.
I loved a lot of the references and metaphors. Food is probably my favorite of his imagery. I can almost smell the food cooking in the kitchen – the coconut and okra. His parents are immigrants from Trinidad and Tobago which seems to play heavily in with the food. It made it feel welcoming and homey, nostalgic for family.
Some of my favorite poems were about his family. “The Hostess” about his mom welcoming his dad home with food. “The Listener” about his aunt and how her memories live on in the small reminders around him.
But they also described his perspective on racism and racial profiling. “Striptease” is not what it sounds like it would be like. It’s about his cousin being accused of shoplifting. But the vulnerable wordplay is raw and honest.
Also, he has some comic book references, which I can relate to, as I like the superhero comics. “Hulk” which is the first poem in the book was really good about stereotypes put on black men (and I love the twist at the end).
There are a few poems with profanity, and there is some sexual and violent content in some of the poems as well, but as a whole, I thoroughly enjoyed it. I highly recommend it to those who want to broaden their perspective and understand what it is like for black males and immigrants and sons of immigrants. Very good work.

2 thoughts on “Point Blank: A Review”